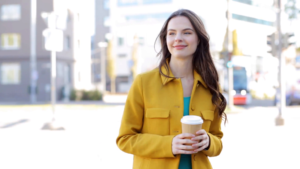 A majority of people are self-confessed caffeine addicts due to the immediate stimulation it lends to our cognitive functioning. We instantly feel energetic, relaxed and alert after sipping on a cup of coffee. Some studies even indicate that your favourite cuppa can actually improve our health. In the present day, Dementia and Alzheimer’s are two health conditions that are rapidly catching on the ageing population.

Interestingly, coffee has surprising benefits for dementia patients. But since anything consumed in excess can be harmful, a closer study could be beneficial. This blog is aimed at helping you discover more about the intriguing benefits of this beverage.

Coffee can Postpone the Incidence of Alzheimer’s

Caffeine or coffee doesn’t only delay the onset of Alzheimer’s but can also help in reversing the effects of mild dementia that have been diagnosed in the elderly. Studies also indicate that it restricts the inflammation in the brain, specifically adenosine receptors, that can lead to the mind’s cognitive decline. It is a reported fact that adults a little above the age of 65 having high levels of caffeine in their blood were able to delay the onset of Alzheimer’s.

Chuanhai Cao, a well known Neuroscientist and researcher said that adults who consume a specific dose of coffee (about three cups a day) would not progress to experience Alzheimer’s. At the very least, they would experience it after a substantial delay.

Apart from the beta-amyloid protein, the tau enzyme is a leading cause for the decline of cognitive functions in a person. Caffeine helps to restrict the build-up of tau in the brain and hence shows improvement in our cognitive functioning. Results suggest that caffeine blocks certain receptors in the brain that averts tau buildup in your brain.

When we consume coffee, we immediately feel its positive effect on our cognitive and decision-making abilities. It stirs-up and destresses the brain and we feel more calm and alert. A study done at University of California also indicates the same. It showed that adults who consumed 200 mg of caffeine before taking a memory test had significantly greater scores on the test than others who didn’t.

The above-mentioned facets indicate that coffee drinking may have a positive effect on restricting the occurrence of Alzheimer’s and dementia. Including coffee in your diet is a great way to prevent or postpone the onset of the aforementioned diseases!